To gain access to detailed project information for projects that we are currently accepting bids for, please register by clicking this button below.

City Hall work is looking up

CCC personnel work with their clients and consultants as an integrated team, dedicated to bringing every project to a mutually successful completion. Careful planning and management of all phases of construction consistently assures the highest standards of quality and cost effectiveness.

ATASCADERO – Work has progressed steadily on Atascadero’s historic City Administration Building, and not only are big things happening, even bigger things are right around the corner. First and most obviously, the domed roof is nearly finished, Project Manager Dan Huff said. ‘Now we’re waiting for it to stop raining,’ Huff said. Once the rain lets up, Huff said, crews will begin roofing the area immediately outside the upper dome – the area which the penthouses rest upon and from which unparalleled views of Atascadero Junior High School and Suken Gardens can be soaked in. Also on the outside of the dome, rafter tails were recently re-installed. Rafter tails are decorative bits that peek out from under the skirt of the roof and look nice. They were removed and renovated with many other parts of the building, but are now back in their homes with fresh paint and a new lease on life. Inside the dome, he said, crews are working on turning the area into habitable space, running electricity, plumbing and installing drywall. When that area is complete, it will be used as council chambers for Cinty Conuncil and other similar meetings. The elevator shaft was recently installed, but the elevator car has yet to be put in. When that’s complete the brand new elevator system will ferry visitors and interested parties to the council chambers for those public meetings. But the biggest and arguably best update is in the entry of the historic building on the first floor. The roof of that interior dome has been painted and it is a sight to behold. Working for Channel Coast Corporation, Rober S. Toumey supervised the removal of the old paint and the application of the new paint, and the results are dramatic and beautiful – especially when compared to the way it was. ‘It was white with some medium brown trim. ‘Toumey said. ‘We were given the colors by the architect. There’s a sample of it in [the current] city hall. … We were on it for approximately two months.’ The available phoitos, while well-shot and attractive, do not convey the vastness and beauty of the room one gets by seeing it in person, Huff said. ‘All that plaster was already up there, but you couldn’t tell because it was all white,’ Toumey said. In the same room, plans for desks and other furniture have been laid out upon the floor. On the second floor, previously closed interior windows have been reponed and will be glazed so that visitors can see the splendor of the entryway from a second=floor vantage point. ‘If it looks like we haven’t been here, we’ve succeed,’ Huff said. Bernards Builder and Management Services is accepting bigs for what may be one of the highest-visibility items for the whole project: building sidewalks, landscaping and gutters. Big packages can be obtained through Huff, who can be contact at 818-898-1521 or dhuff@bernards.com. The project is still on schedule, despite occasional issues with the rain, Huff added. And, he said proudly, the worksite remains injury-free. For more information, go to the current City Administration 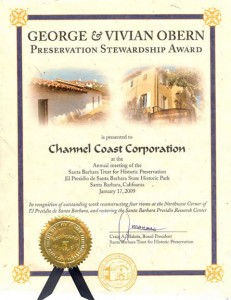 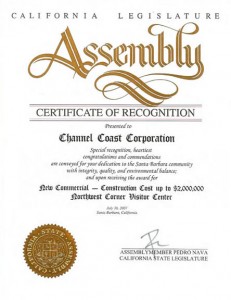 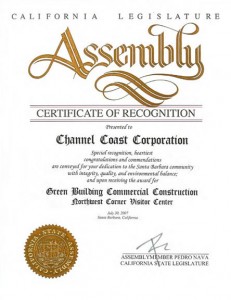 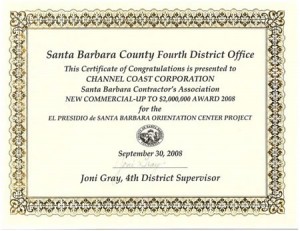 As we strive to keep our reference's contact information private from data scrubbing on the web, we ask that you register for the site first. Once registered, you will be able to login and get all the desired details you are looking for. Thank you for your understanding!